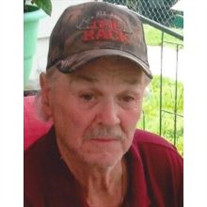 Terry Wayne Franklin, 68, of Seymour, died at 4:20 a.m. Friday, October 27, 2017 at his home. He was self-employed doing mowing jobs, janitorial work, and vinyl siding installation. Terry enjoyed fishing, woodworking, NASCAR, and spending time with his family. He was born April 20, 1949 in Jackson Co., IN to the late James Franklin & Mildred Edwards Franklin Fields. On July 23, 1965 in Brownstown, IN he married Joyce E. Trimpe Franklin and she preceded in death on April 5, 2003. Together they had 3 children, Barbara A. (John) Pray of Inverness, FL, Tina S. Day of Seymour, and Jeff (Peggy) Franklin of Seymour; 7 grandchildren & several great grandchildren. Terry was also survived by a brother, David (Tina) Franklin of Walesboro and a sister, Cheryl (John) Harris of Seymour. He was preceded in death by his parents, wife, and a sister, Debbie Bode. A memorial service will be conducted on Tuesday, October 31st at 7:00 p.m. at Johnson Funeral Home with Chris Criminger officiating. Friends may call from 5-7 p.m. Tuesday at the funeral home. Memorial contributions may be given to Our Hospice of South Central Indiana or the Vallonia Christian Church. Online condolences may be expressed at www.Johnsonfh.net

The family of Terry Wayne Franklin created this Life Tributes page to make it easy to share your memories.

Send flowers to the Franklin family.