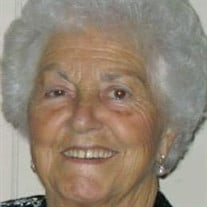 Shirley Marie Brewer, 82, of Seymour and formerly of Vallonia, died Tuesday, October 2, 2018 at Our Hospice of South Central Indiana in Columbus in the loving company of her family. Shirley was born May 14, 1936 in Jackson County Indiana, she was the daughter of the late Bill and Lil Collingsworth Rochner of Brownstown, Indiana. She graduated class of 1954 from Brownstown Central High School and a year later on May 1, 1955 married the love of her life, Robert Brewer and he preceded her in death on July 15, 1988. Shirley was a devoted Navy wife and mother, as she and Robert grew their family to add two daughters and a son. Their Navy adventures took them throughout the country, as they lived in Virginia, California, Kansas, Illinois and Guam and returned home to Indiana in 1975. They spent countless hours at flea markets enjoying life until the passing of Robert in 1988. Shirley was a member of Vallonia Christian Church. She was a Girl Scout Leader, Avon Representative, and Amway Consultant, as well as active member of TOPS most of her life. She was the “Queen of Yard Sales” and thoroughly enjoyed traveling to the beach annually. The Brownstown Central class reunion was something she looked forward to each year, along with catching up with all of her classmates. She took great pride in being a long-time Vallonia resident and a fixture of Fort Vallonia Days. Her sense of humor will be shared in stories for years to come and her laughter was contagious to anyone within earshot. Shirley kept Hallmark in business, as she sent everyone a handwritten card for every occasion, big or small. But most of all, she loved her family with all she had. Shirley is survived by her children Denise (Ralph) Schnell of Indianapolis, Robert “Jeff” (Terry) Brewer of Seymour and Deb Stout of Seymour; grandchildren Christy (Aaron) Barlow, Heather (Brad) Bauman, Allison (Jack) Sutherland and Danny Stout; great grandchildren Adalyn, Ava and Arlo Barlow, Hayden and Easton Bauman: brothers Charles (Marian) Rochner of Seymour and Harry (Debbie) Rochner of Brownstown: brother-in-law Roger Nierman, nieces, nephews and friends. In addition to her parents and husband, a sister Jo Ella Nierman preceded her in death. Funeral Services will be conducted Monday, October 8, 2018 at 11:00 a.m. at Johnson Funeral Home, Vallonia with Chris Criminger officiating. Friends may visit at the funeral home Sunday, October 7th from 1-5 p.m. and on Monday from 10 a.m. until service time. Burial will take place at Fairview Cemetery. Memorial contributions may be made to the Vallonia Christian Church where Shirley was a long-time member or to Veterans of Foreign Wars. Online condolences may be expressed at johnsonfh.net.

Shirley Marie Brewer, 82, of Seymour and formerly of Vallonia, died Tuesday, October 2, 2018 at Our Hospice of South Central Indiana in Columbus in the loving company of her family. Shirley was born May 14, 1936 in Jackson County Indiana,... View Obituary & Service Information

The family of Shirley Marie Brewer created this Life Tributes page to make it easy to share your memories.

Shirley Marie Brewer, 82, of Seymour and formerly of Vallonia,...

Send flowers to the Brewer family.