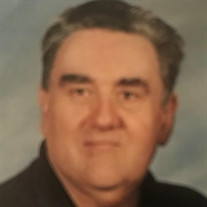 Ronald Mark Wright, 83, of Battle Ground, IN, died on Tuesday, September 8, 2020 in West Lafayette, IN. He had been ill for 6 months. Ronald was born on September 24, 1936 in a log cabin in Vallonia, IN to the late Preston Mark Wright & Wylda Wyona Crockett Wright. On February 15, 1958, he married Marilyn Sue Johnson at the Vallonia Christian Church and she survives in Battle Ground, IN. Ron was a Veteran of the United States Air Force and was a 1969 graduate of Purdue University with a BS in Electrical Engineering. He was a life-time member of Purdue University Alumni Association and the prior owner of Lafayette Avionics Inc. at the Purdue University Airport. Ron was a member of the West Lafayette Christian Church, where he was a former Deacon & Elder. He was a member of the “Berlin for Lunch Bunch” while serving in the Air Force in Wiesbaden, Germany & was a recipient of the Charles Taylor Award for 50 years of service in aviation. Ron and his wife travelled all over North America by motor home; he enjoyed shooting clay pigeons, racing stock cars, flying airplanes, building computers, playing cards and games, telling stories, and spending time with his wife & family. Survivors include his wife of 62 years, Marilyn Sue; his children: Kamron Mark (Sarah) Wright of Fort Wayne, IN, Julie Ann (David) Armstrong of Vallonia, IN, Kurtis Lee (Julie) Wright of Plattsmouth, Nebraska, & Joshua David (Jennifer) Wright of Lafayette, IN; grandchildren: Kaleb Wright of Naperville, IL; Kammi (Nathan) Childers of Huntertown, IN; Samuel (Erin) Wright of Knoxville, TN; Aaron Armstrong of Vallonia, IN; Luke, Benjamin, & Alessandra Wright of Plattsmouth, NE; Madeline Wright of Lafayette, IN; great grandchildren: Markwith, Zackeyus, Annaniah, Lazaruss, Ezeakiel Childers & Ava Wright. Ron was preceded in death by his parents and 2 sisters—Rosalyn Haag & Rita McCrossan. Funeral Services will be conducted at 2:00 p.m. Sunday, September 13, 2020 at Johnson Funeral Home, Vallonia. Friends may visit with the family on Sunday from 12:00 p.m. until time of the service. Burial will take place at the Vallonia Cemetery with full military graveside rites. Memorial contributions may be given to the Vallonia Christian Church. Johnson Funeral Home will be practicing social distancing according to the CDC guidelines and masks are encouraged to be worn during your visit to the funeral home. Online condolences may be expressed at www.johnsonfh.net.

Ronald Mark Wright, 83, of Battle Ground, IN, died on Tuesday, September 8, 2020 in West Lafayette, IN. He had been ill for 6 months. Ronald was born on September 24, 1936 in a log cabin in Vallonia, IN to the late Preston Mark Wright & Wylda... View Obituary & Service Information

The family of Ronald Mark Wright created this Life Tributes page to make it easy to share your memories.

Send flowers to the Wright family.