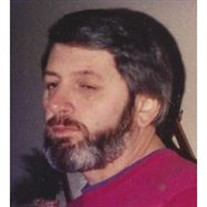 Johnson Funeral Home 2005 South Main Street Vallonia, Indiana 47281 812-358-3341 Ronald Lee Anderson, 67, of Brownstown and formerly of Vallonia, died Tuesday, December 23, 2014 at 1:28 a.m. at the Our Hospice of South Central Indiana in Columbus. He had been ill for 6 months. He was an Army Veteran. He had been employed with Aisin for 20 years and worked at the Bluebird in Vallonia. He was a graduate of Scottsburg High School. Ronald enjoyed NASCAR, working on cars, fishing, and loved spending time with his grandchildren. Ronald was born April 28, 1947 in Tipton, IN to the late Charles Penney and Marjorie Phyllis Parnell Penney. He has lived most of his life in Jackson County. He is survived by a daughter, Briget Bruemmer of Brownstown and a son, Nathan Wilson of Scottsburg; 2 brothers, Larry Cochran of Pendleton, IN and Steve Penney of Scottsburg; 3 sisters, Linda Barger of Underwood, IN, Cindy Lakins of Scottsburg, and Sheri Herald of Austin; grandchildren, Jordan, Peyton, Kaitlynn, Allycen, and Mollie. He was preceded in death by his parents. Funeral services will be conducted at 2:30 p.m. Sunday, December 28, 2014 at Johnson Funeral Home, Vallonia with Steve Herald officiating. Friends may call from 4-8 p.m. Saturday at the funeral home and from 1 p.m. until service time Sunday. Memorial contributions may be given to Johnson Funeral Home. Burial will take place at the Scottsburg Cemetery with full military graveside rites. Online condolences may be made at Johnsonfh.net. Service: 2:30 p.m. Sunday, December 28, 2014 Johnson Funeral Home Visitation: 4-8 p.m. Saturday, December 27, 2014 and from 1 p.m. until service time Sunday Johnson Funeral Home

The family of Ronald Lee Anderson created this Life Tributes page to make it easy to share your memories.

Send flowers to the Anderson family.