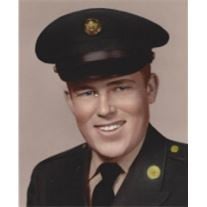 Roger Dale Sons, 68, of Seymour, died October 19, 2015 at 6:32 p.m. at Schneck Medical Center in Seymour, after a short but courageous battle with cancer. Roger was a member of Church of God in Crothersville, Indiana and was an US Army Veteran. He was a truck driver. Roger was a generous and humble man that put God first, then family second, and the Dallas Cowboys third. Nascar, University of Kansas football, and his pets were close runner-ups. He was devoted to his children & loved having his grandchildren with him and was not ashamed to spoil them. He was a giving man and would rather go without then see his family suffer in any way. His family will always be thankful and cherish his giving and loving heart. Roger loved Dallas Cowboys football and friends and family will miss the debates and arguments over who was the best in the NFL. He was born June 11, 1947 in Brownstown to the late Opal Harger. He married Betty Gier on October 20, 1972 and she survives in Seymour. Other survivors include daughter & son-in-law Debbie and Michael Tobias of North Vernon, son and friend Thomas Gonyea and Angela Tevault-Roach of Paris Crossing, daughter and friend Kim Sons and Chris Wilson of North Vernon, daughter and son-in-law Tammy and Scott Vires of Austin, and daughter and son-in-law Misty and Robert Bird of Columbus; grandchildren Torrey and Tonya Gorbett, Brianna and Ariel Gonyea, Broderick Hageman, and Devon, Avery, and Addison Vires; sisters Connie Cravens of Vallonia and Betty Horton of Seymour. He was proceeded in death by his mother and brother Kenny Sons. Funeral Services will be conducted Friday at 1:00 p.m. at Johnson Funeral Home with Brian Graves officiating. Friends may call Thursday at Johnson Funeral Home from 4-8 p.m. and from noon until service time Friday. Burial will take place at the Vallonia Cemetery. Full Military Graveside rites will be conducted. Memorial contributions may be given to the Jackson County Humane Society. Online condolences may be expressed at www.Johnsonfh.net Service: 1:00 p.m. Friday, October 23, 2015 Johnson Funeral Home Visitation: 4-8 p.m. Thursday, October 22, 2015 and from noon until service time Friday. Johnson Funeral Home

Roger Dale Sons, 68, of Seymour, died October 19, 2015 at 6:32 p.m. at Schneck Medical Center in Seymour, after a short but courageous battle with cancer. Roger was a member of Church of God in Crothersville, Indiana and was an US Army Veteran.... View Obituary & Service Information

The family of Roger Dale Sons created this Life Tributes page to make it easy to share your memories.

Send flowers to the Sons family.