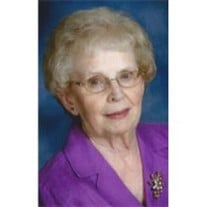 Norma Elizabeth Turmail ,87, of Seymour and formerly of Vallonia, died on Sunday, October 19, 2014 at 7:10am at Schneck Medical Center. She had been ill for a few days. She was a member of St. Peters Lutheran Church in Brownstown. She graduated from Vallonia High School in 1945 and from Lutheran Hospital School of Nursing in 1948. She had been employed as a nurse at Schneck Medical Center, a nurse in Columbus and Colorado and the Lutheran Community Home in Seymour. She was also a homemaker where she loved to bake, sew, read, and most of all spend time with her family, especially the grandchildren. She had also been involved in many church organizations. She was born on January 2, 1927 in Vallonia, to the late Louis and Leah Otting Shoemaker. On April 20, 1952 in Vallonia she married John W. Turmail, he preceded her in death on January 2, 2008. Survivors include her daughters: Joan (Gary) Ludban- Columbia City, IN, Marianne (Rex) Mellencamp- Vallonia, Joyce (Rev. James) Kroemer- Milwaukee, WI, and Arlene (Earl) Ayers- Brownstown; Grandchildren: Nicole (Andrew) Kirchoff, Leigh (Stephen) Kneller, Kyle Mellencamp, Keith (Rhetta) Mellencamp, Daniel (Molly) Kroemer, Maggie Kroemer, Blaze Ayers, & Samuel Ayers; 8 Great Grandchildren; Brothers: Richard (Doris) Shoemaker- Vallonia and Eugene (Barbara) Shoemaker- Vallonia; One sister: Margaret Snider- Salem; 2 sister-in-laws, Lois Shoemaker and Carolyn Shoemaker both of Vallonia; numerous nieces and nephews. She was preceded in death by her parents; husband; brothers: Robert, Carl, & James Shoemaker. A memorial Service will be conducted on Saturday, November 15, 2014 at 11:00 a.m. at the St. Peters Lutheran Church in Brownstown with Pastor Jeff Patterson & Rev. James Kroemer officiating. Friends may call at the church from 9:30 a.m. until time of service. In lieu of flowers memorial contributions may be given to Lutheran Central School, Lutheran Community Home, Hearts for Haiti (given through Trinity Lutheran Church), or Donors Choice. Online condolences may be made at Johnsonfh.net. Service: Saturday, November 15, 2014 @ 11am St. Peter's Lutheran Church- Brownstown Visitation: Saturday, November 15th from 9:30am-11am St. Peter's Lutheran Church- Brownstown

Norma Elizabeth Turmail ,87, of Seymour and formerly of Vallonia, died on Sunday, October 19, 2014 at 7:10am at Schneck Medical Center. She had been ill for a few days. She was a member of St. Peters Lutheran Church in Brownstown. She graduated... View Obituary & Service Information

The family of Norma Elizabeth Turmail created this Life Tributes page to make it easy to share your memories.

Norma Elizabeth Turmail ,87, of Seymour and formerly of Vallonia,...

Send flowers to the Turmail family.