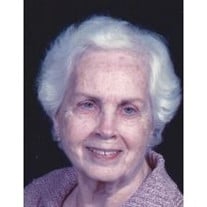 Johnson Funeral Home 2005 South Main Street Vallonia, Indiana 47281 812-358-3341 Mary L. Kozik, 93, of Seymour, died December 20, 2016 at 1:50 a.m. at her home in the Seymour Place. She had been ill for about 2 weeks. She was a member of the Vallonia Christian Church and also attended the Seymour Christian Church. Mrs. Kozik worked at Dage Electric Co. in Beech Grove, IN and it was there that she met and then married Arthur R. Kozik on March 13, 1954 who preceded her in death on February 16, 2002. Together, they moved to California and she started working at Lear Seigler Corp and from there went to William Brand Wire & Cable Co. making harness for the first moon shot. She was awarded a Precision Solderer Certificate on May 2, 1962 from Computer Equipment Corp, Specialists Hybrid Systems. She also worked in Real Estate for a short time in Grand Rapids, MI. and was also an Avon Rep. She and her husband retired from California in 1985 and returned to Vallonia. She was born November 10, 1923 in Norman, IN to the late Lester Travis Foster and Agnes Ann Sovern Foster. She is survived by one step son, Rudy Russell Kozik; 2 brothers, Bill & George Foster; 2 sisters, Irene Cole and Virginia Boling; 7 grandchildren and 12 great grandchildren. She was preceded in death by her parents, husband, one step son, Richard Douglas Kozik, and one brother, Gene Foster. Funeral Services will be conducted at 1 p.m. Thursday, December 22, 2016 at Johnson Funeral Home with Chris Criminger officiating. Friends may call from 11 a.m. until service time at the funeral home. Burial will take place at the Vallonia Cemetery. Memorial contributions may be given to the Vallonia Christian Church. Online condolences may be expressed at www.Johnsonfh.net

The family of Mary L Kozik created this Life Tributes page to make it easy to share your memories.

Send flowers to the Kozik family.