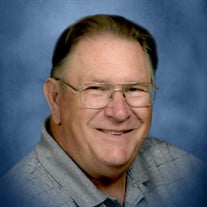 Jerry Lee “Big Moose” Bowers, 82, of Vallonia, died at 2:16 p.m. on Tuesday, September 15, 2020 at the Seymour Crossing. He had been ill for 5 years. Jerry was born on January 17, 1938 in Jackson County to Leonard Bowers & Vivian Shelton Bowers. He was a graduate of Vallonia High School. He married Carolyn Sue Hibbard Bowers and she died in March of 1999. Later, he married Helen Steltenphol Bowers and she survives. Jerry was an Army Veteran and a very spiritual man. He had been employed with Cummins, Kieffer Paper Mill, and was brick layer. He enjoyed gardening, tinkering around in his garage, playing his mandolin & ukulele, and had a lot of pride in his work as a brick layer. Survivors include his mother, Vivian Bowers; wife, Helen Bowers; step-children, Ray Dyas, Billy Jack Lowery, Melody Miles, & Patricia Branch; 19 grandchildren & several great & great great grandchildren; brother, Roger Bowers; sisters, Patricia Starr, Ladonna Barnard, & Deborah Chadwick. Jerry was preceded in death by his father, and step-children—Carolyn McClesh, James Kenneth Lowery, & Julie Costello. Funeral Services will be conducted on Saturday, September 19, 2020 at 11:00 a.m. at Johnson Funeral Home. Friends may visit with the family on Friday from 5:00 p.m.-8:00 p.m. and on Saturday from 10:00 a.m. until service time. Burial will take place at the Vallonia Cemetery with full military graveside rites. Memorial contributions may be given to the Don & Dana Myers Cancer Center. The family is asking that all visitors please wear a mask while you are the funeral home. Johnson Funeral Home will be practicing social distancing according to the CDC guidelines. Online condolences may be expressed at www.johnsonfh.net.

The family of Jerry Lee Bowers created this Life Tributes page to make it easy to share your memories.

Send flowers to the Bowers family.